This month the OSR discord has played host to a festival of creativity called Secret Jackalope. Participants submit a prompt for a bit of game content they'd like to see made, and in turn they are assigned the prompt from the Jackalope pool to inspire their own scribbling.

This seemed like a great opportunity to try something new. I dutifully submitted my prompt, asking for six festivals to enliven an imaginary town or city, I look forward to seeing what I get back! Here is the prompt I was given, from Jojiro of the blog Dungeon Antology, who asked for:

"D&D monsters redesigned as phase bosses - hit them enough, they go Phase 1 to 2 to ... to whatever, w/ new abilities. Like JRPG/MMO bosses, but I don't literally want JRPG/MMO design, I want OSR design"

This was alarming because I am bad at monsters. I find stat blocks difficult to parse and harder to construct, I worry about making things that are stupidly lopsided in their challenge or maths, I'm convinced everything I make will be a monstrosity of design and a failure of a monster.

But many DMs love thinking about, statting, and running monsters. Reasoning that Jojiro was probably one of these, I had a proper look over his blog, which turned out to be a good move.

Among the many excellent and thoughtful items you can find in Dungeon Antology is a link to Jojiro's Six Monster Bestiary. This document is a very simple set of 6 beasties whose natures and abilities cover the main bases of early D&D monster design. The theory is that you could take these stat blocks, reskin them as whatever monster you fancy, with any tweaks that seem appropriate, and end up with an adventure-load of fun beasts without the handwringing paralysis I express above.

This worked for me! The bosses described below draw greatly on the approach, format, and stats found in the Six Monster Bestiary. Using this framework I was able to stop fretting about making something correct and focus on making something dramatic. And I think it's in the potential for drama that the phase structure of the prompt really shines. In their different forms these bosses tell stories of their lives, their lairs, and their own peculiar malignity.


The Lair
A bandit hideout in a ravine has become a mine after "a strange kind of gold" was found in the rocks. The bandit leader has begun ordering his men to kidnap travellers as well as robbing them, as he seeks more and more labour for his mine.


At 0HP - move to Phase 3 - The Mineral Pool
The gold retreats from the bandit. It reforms next to his corpse, a glowing puddle of golden slime that shivers invitingly.
AC: No hit roll required
HD: 3d8 (13hp)
MOVE: 10'
Immunity: Charm, poison, sleep.
Charm: Anyone who sees the liquid must save vs spells or stand mesmerised, allowing the liquid to escape through cracks in the rock. It will escape in this way unless it is killed within 2 turns.

Death: At 0hp the shimmering ceases, and the slime pool falls still. If you take some of the substance to a magical authority they may be able to tell you more about it.
(don't ask me what) 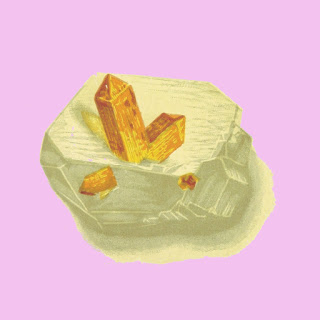 
The Lair
The lich resides in a burned-out tower on a lonely hill. The furnishings are long destroyed, the floorboards rotted and treacherous.


At 0 HP - move to phase 2 - The Lady of the Tower of Flame
The walls of the tower start to flicker with cold flames and you hear shouts as though from an angry mob; an invisible, angry presence which fills the room. The Lich doubles over in laughter at the sound, and when she stands she is no longer a skeleton, but a beautiful woman, her eyes shining with mad brilliance.
"PEASANTS! PHILISTINES!" she shrieks at you, raising a firey hand.
AC: 9 [10] - unarmoured
HP: 10d8 (25hp)
Arcane spells: 10th level magic user favouring fire.
Loot: The headdress worn by this boss is extremely fancy, with a huge ruby on the front worth 300gp. 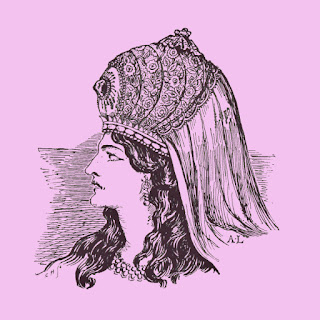 
The Lair
The dim heart of a silent, empty, forest.


First Form - The Mushroom King
A 9 foot tall mushroom. Dark purple gills, and an extravagantly spotted cap, and glowing green eyes.
AC: 9 [10]
HD: 6d8 (27hp)
MOVE: 20'
Immunity: Charm, poison.
Clubbing hands (2 attacks): 1d8/1d8
Spores: 3 times per day the Mushroom can spray a spore cloud in a 10ft radius around itself. Any creature in this area must save vs poison or take 2d8 damage from the poison and be paralysed for one turn.


At 0 HP - move to Phase 2 - The Mushroom Court
The king explodes in a burst of spores and fog and green glowing mushrooms pop up in a ring around the party.
AC: 10 [9]
HD: 5d8 (22hp) - All the little mushrooms share the same hit pool, all will retreat into the ground together at 0 HP.
MOVE: The little mushrooms cannot move.
Immunity: Charm, poison, paralysis.
Spitting acid (4 attacks): A successful attack sticks to the target with a splash of acid that will inflict 1d6 damage over two turns.
Singing: The mind of one target is filled with the sound of many jubulant voices joined in song. Target must save vs spells or sleep until shaken awake.


At 0 HP - move to Phase 3 - The Mushroom Thralls
An ape and a bear crash through to the clearing. Their jaws are wide open in silent roars, their eyes shine with an identical green glow.


Green Bear:
AC: 6 [13 ]
HP: 11
MOVE: 40'
Immunity: Charm, poison.
Claws (2 attacks): 1d6
Bear hug: If a target is hit by both claws in the same round they are caught in a bear hug. Spores erupt from the bear's fur and the target must save vs poison or become paralysed for one round.
Loot: Mushrooms don't amass much in the way of loot I'm afraid, but perhaps another adventuring party has fallen to the monarch and left some items or interesting maps. 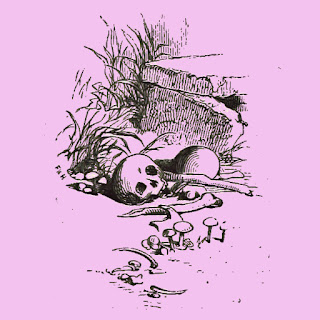 That's it! Many thanks to Jojiro, and to all the Secret Jackalopes and Jackalope wranglers for a very festive time.
at March 27, 2022

This Damsel is in Distress!

Gelatinous Cube episode 16 is up and we're talking Damsels in Distress.  The Princess has been captured by a fire-breathing dragon! What... 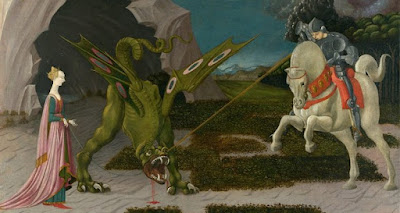 Hello and welcome to Gelatinous Cube!